Use Of CBD For Antibiotic Resistant Infections

Use Of CBD For Antibiotic Resistant Infections 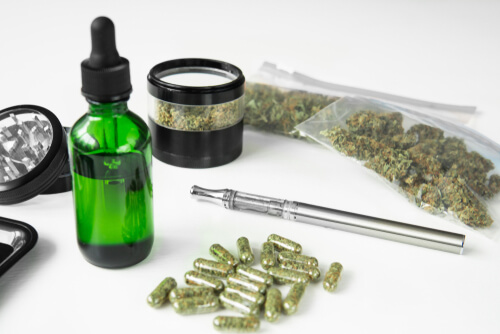 CBD has been gaining popularity as a miracle alternative for opioid painkillers, sleep promoting compound, anti-inflammatory agent and the potential use in cancer prevention. But, one of the overlooked medical benefits is its antibacterial property. Research has shown that it is effective against antibiotic resistant strains of bacteria. Antibiotic resistance has been a growing concern for the healthcare professionals and the medical industry as a whole. As a result, more research is conducted to identify cannabidiol CBD’s use as an alternative to antibiotics in the fight against superbugs; read ahead to know more.

What The Research Shows?

The research work involving test-tube and animal models have shown that CBD has similar potency to common antibiotics. Researchers have tested its effectiveness against gram-positive and gram-negative bacteria. From this it showed promising activity against strains of Enterococcus faecalis, Streptococcus pneumoniae and Staphylococcus aureus including MRSA. It is assumed that cannabidiols antibacterial effect is due to its ability in disrupting the film that protects bacteria from antibiotics. Moreover, it was also seen that the chances of bacteria developing resistance against it was very less compared to common antibiotics.

They tested for the speed of CBD’s effectiveness in comparison to common antibiotics like daptomycin and vancomycin; it killed the bacteria within 3 hours, compared to vancomycin which took over 6 to 8 hours. Also, it is specifically effective against gram-positive bacteria like those which causes pneumonia and serious skin infections. Besides, the other benefit is cannabidiols anti-inflammatory property gives the added advantage of reducing inflammation that comes with these infections. Hence, it has good antibacterial properties along with accelerated  healing.

Due to CBD’s anti-inflammatory effect and the lack of side effects it has great potential as a promising new antibiotic. Besides, its other properties such as enhancing the immune system helps to develop immunity against bacterial infections, and can be used as a preventive medicine. You should also bear in mind that the studies were conducted using synthetically produced pure CBD free from all kinds of impurities. Also, you should know that it is not effective against gram-negative bacteria such as E.coli that causes diarrhea and urinary tract infections and salmonella found in undercooked food. So, it is selective in its action and not useful against all types of bacteria. But, its antibacterial action can be replicated to create drugs with qualities that are against superbugs.

More research is required to gather enough conclusive evidence, so that it can be used as an option against superbugs or antibiotic resistant bacterial strains. 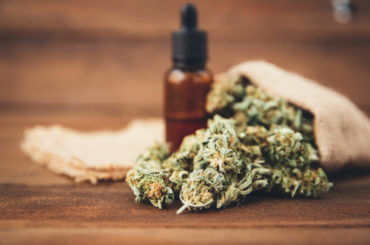