Dump Your Aspirin For CBD

Dump Your Aspirin For CBD 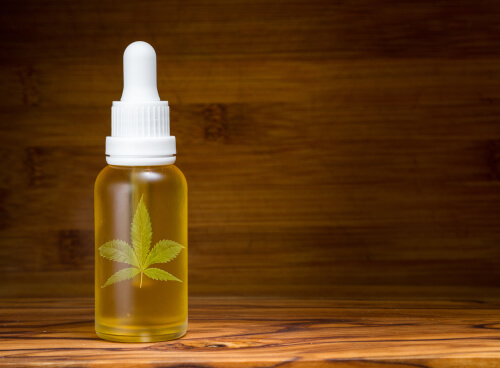 CBD has become a known commodity, and the reach is only expanding. What started as a measly couple million dollar industry has turned into a billion-dollar giant that is only expected to grow in the coming years. The track record for CBD is so clean that people are coming to the realization to dump their aspirins and ibuprofen, down the trash chute, and instead go for this herbal medication that heals you without denting you in the long run.

For most of our day-to-day issues such as pain and inflammation, which is likely to happen to all adults at some point in our lives, it has become the new norm to head over to the nearest pharmacy and grab some over-the-counter prescription drugs. These over-the-counter and prescription anti-inflammatory medications are easily available, easily prescribed, and very commonly used by millions of people all over the world. Most of these medications are called NSAIDs or non-steroidal anti-inflammatory drugs.

According to a recent consumer survey, more than 16 million Americans take NSAIDs on a day to day basis, with 30 billion over-the-counter NSAIDs tablets sold annually in the United States alone. The lists of drugs that fall under this category include diclofenac, ketoprofen, ibuprofen, aspirin, and naproxen.

NSAIDs work primarily by blocking enzymes COX-1 and COX-2. These enzymes are partly responsible for making compounds in the cell which are termed as prostaglandins. The prostaglandins that are made by the COX-1 enzymes help in protecting the lining of the stomach and help in activating your platelets, which enables blood clotting. The prostaglandins which are synthesized by the COX-2 enzyme are done to regulate inflammation due to injury and/or infection.

The Problem With NSAIDs

The issue arises because the NSAIDs are not capable of selectively inhibiting the COX enzymes. This lack of selectivity causes it to inhibit the COX-2 enzyme which helps in reducing inflammation and pain, but at the same time also ends up inhibiting COX-1 which causes blood thinning among many other adverse side effects that are mostly irreversible and chronic.

The Dark Side Of NSAIDs

The risk of NSAIDs includes liver or kidney problems, high blood pressure and hypertension, heart attack, cardiac failure, gastrointestinal bleeding and ulcers, headaches, increased risk of strokes, and finally death. As per a review of 15 studies, it is concluded that close to 11% of all preventable drug-related hospital admission could be linked to NSAIDs. The FDA has also got to great lengths to take off many of these NSAIDs whose risks outweigh the benefits that it offers. Furthermore, they have also enforced regulations which make it mandatory to warn of the risk of cardiac arrest and strokes while using this NSAID.

Using NSAIDs is simply like digging your own grave. On a short term basis, the risk is minimal but the minute you begin to consume them daily to combat the symptoms of chronic ailment such as back pain, arthritis, and others, you are riddled with complications that will haunt you in the days to come. This is where CBD comes into the fray…

CBD As A Viable Herbal Alternative

If there is anybody who can do it, it is CBD. The plant cannabinoids have different mechanisms in place to block and reduce the intensity of inflammation and CBD is a class example of one such cannabinoid that has strong anti-inflammatory properties. There are cases where patients have completely cut out NSAIDS and have been able to enjoy the much safer CBD against pain, hence reducing the risk of side effects and possibly even death.

The benefits of CBD are plenty and holistic. You will be imbued with a boost in your general

well-being apart from alleviating the anguish you feel from the continuous pain and inflammation. Patients also have the complete freedom to choose in a variety of ways to take in CBD. You can take CBD via smoke or vapes. If you are someone who doesn’t fancy the idea of smoking or filling their lungs with fumes have the option of choosing “non-smokable” delivery methods like that of edibles, oils, tinctures, creams, ointments, and balms. This is just the tip of the iceberg; CBD is extremely versatile and hence can be infused with a range of organic products right from matcha tea to bath bombs- the choice is quite endless.

Furthermore, the use of a full spectrum CBD extract which contains CBG, CBDA, and THC among others, will help boosts the anti-inflammatory properties among others. This is due to the entourage effect that is put into play when other cannabinoids work in synergy with one another.

All in all, CBD is a great non-toxic way to rid yourself of pain and inflammation, and take the quality of your life to another level. No more worries about what can go wrong with taking NSAIDs, as it is safe to chuck them down the trash.

Tags: benefits of CBDCBD against pain